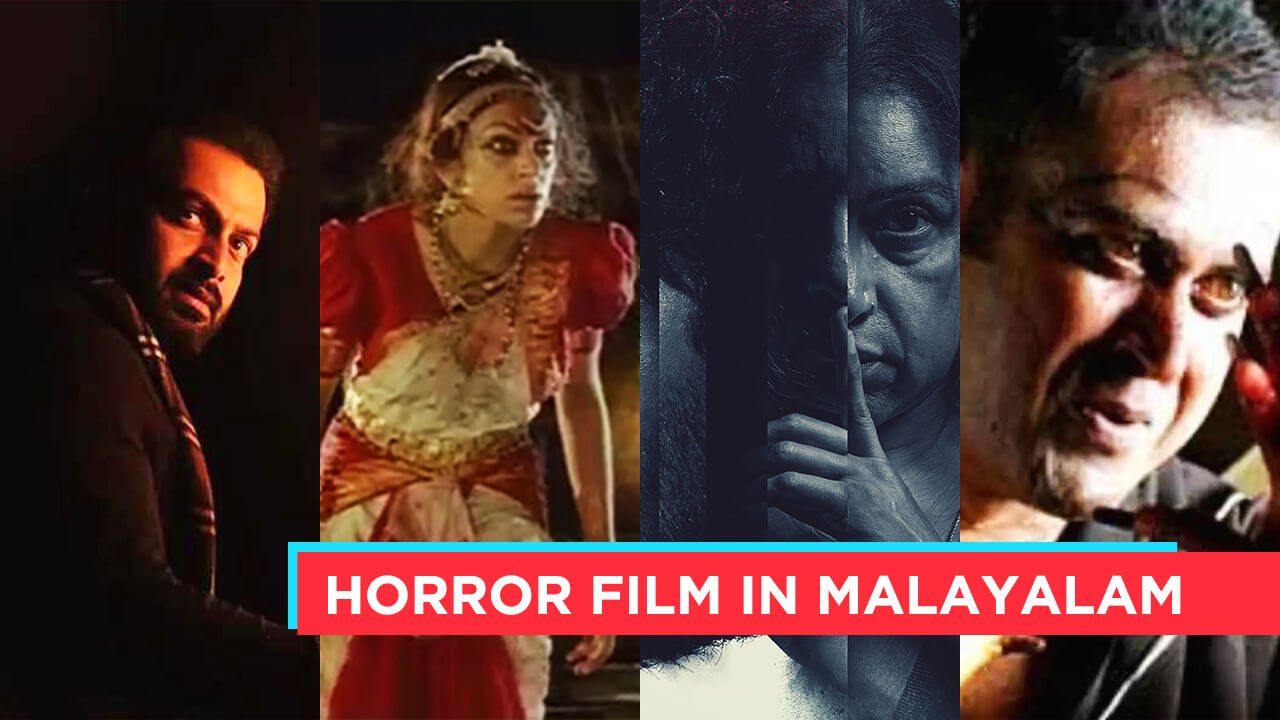 Even during the best of times, horror films aren’t for everyone. So, you may find it helpful to forget your real-life worries and lose yourself in these scary Malayalam films streaming online. Many of them even have subtitles. The best way to find the perfect horror film is to check out this updated list of The Best horror film in Malayalam.

Experience the jump scares and psychological thrills of this scary Best horror film in Malayalam online.

The Best horror film in Malayalam

This psychological-horror-thriller film, directed by Fazil, is the best Indian horror movie. Nagavalli (played by Shobana) is a revenge-driven spirit who fights against the intelligent and eccentric psychiatrist Sunny, played by Mohanlal. In addition to the great script, superb performances, and haunting music, this movie caught the eye of many. In her role as a girl suffering from Multiple Personality Disorder, Shobana won both the State and National Awards for Best Actress.

Prithviraj starred in the science fiction film Nine in which he played Albert, an astrophysicist who goes to the Himalayas to study the comet invasion. When the narrative unfolds its paranormal layers, the film really comes into its own with the arrival of Albert’s son and a woman with blue eyes and auburn hair. There follows a spine-chilling cat-and-mouse game between Albert’s son and the woman, with the latter trailing him, eventually leading to a twisted climax. Nine has fantastic special effects, nightmarish forms, and an incredible performer as the ghost.

Dr. Ramdas (Jayaram) and his family are terrorized in their new house by a series of mysterious phenomena. Formerly, the woods surrounding the house were the scene of a number of serial killings of children, attributed to a psychopath. The psychopath died nearby after being chased by the police. As soon as the mysterious killings start again, Ramdas tries to figure out the connection between his house and the killings.

Akam was based on Malayaattoor Radhakrishnan’s Yakshi and is an experimental movie in Malayalam. The film was directed by Shalini Usha Nair, and Fahadh Faasil played a young man who suspects his wife is a ‘Yakshi’; Anumol played the mysterious Ragini.

Aakasha Ganga Directed by Vinayan was a big hit, with its dramatic spin on the familiar revenge ghost drama. It now seems gimmicky and old-fashioned, and the humor is outdated, but as a whole, it is still worth watching. This Divya Unni-starrer still holds up with some surprisingly effective songs.

The movie is based on a fairy tale story set in rural Kerala. There are black magicians, martial arts experts, ghosts, and spirits in the story. Adapted from the novel of the same name by Sunil Parameswaran, Anandabhadram was also dubbed in Tamil, Telugu (as Sivapuram), and English, and inspired Tanthra, another Malayalam film. In 2005, Anandabhadram won five Kerala State Film Awards.

A stranger meets three college girls on their way to a hill resort. Initially he is a nuisance to them, but later they become friends and he disappeared.

An old family friend dies, and a mother and son experience mysterious events that make them doubt their sanity and erode their sense of reality.

Sibi K. Malayil directed Devadoothan, another movie in which Mohanlal arrives to solve a mystery. ‘The seven bells’ tells the tale of a mysterious musical instrument that plays on its own and the failed romance surrounding it. Musical Horror is a genre rarely explored in Malayalam. Jayaprada and Vijayalakshmi appeared in the ensemble cast.

An antique box opens the door to a series of paranormal encounters in the life of a young couple (Prithviraj and Priya Anand). As they investigate the Dybbuk box, they learn that it has a history of romance, betrayal, and murder behind it involving a Jewish man named Ezra and a Christian girl named Rosy. Black magic traps Ezra’s soul inside the box, leading to a complicated tale of Jewish exorcism and spooky encounters that ends with a big twist. In a spooky thriller directed and written by Jay K, with cinematography (Sujith Vasudev) and the right music (Rahul Raj and Sushin Shyam), this film deserves your attention.

Please accept my thanks for reading “The Best horror film in Malayalam So far”, Sign up to receive the latest post by email

The Best horror film in Malayalam So far