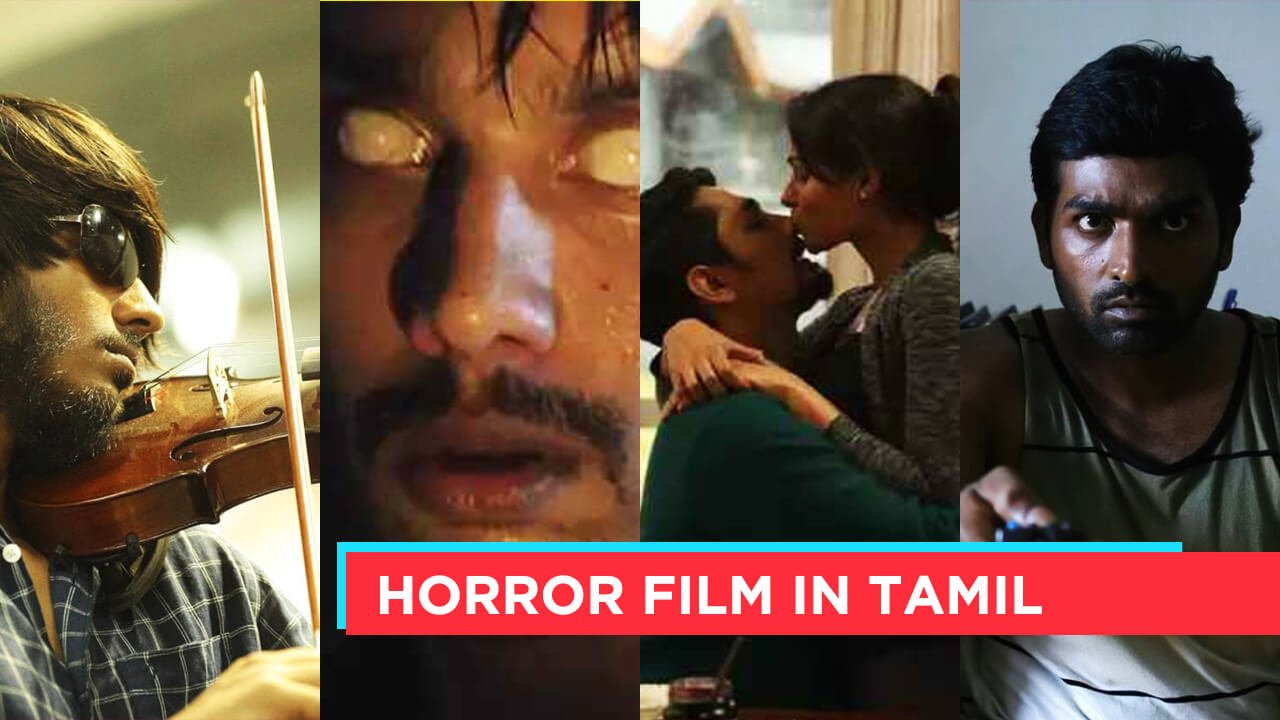 we have a list of the Best horror film in Tamil worth watching for you to enjoy. You will certainly feel shocked watching these movies. The Kollywood industry has never turned its back on experimental films, thus producing a wide variety of films across different genres. A wide variety of moviegoers are attracted to the horror and comedy genres.

This list includes movies from a variety of genre categories, such as comedy, drama, action, etc. So, you may find it helpful to forget your real-life worries and lose yourself in these scary Malayalam films streaming online. Many of them even have subtitles. The best way to find the perfect horror film is to check out this updated list of The Best horror film in Tamil.

The best horror film in Tamil

Tamil cinema was forever changed by this horror-comedy. Kollywood had never made this type of horror-comedy film before. Phasmophobia Raghava takes his parents with him to roam the streets at night. After meeting Priya, he marries her. Raghava and his family move to a new home. Observing abnormalities there, he learns about Muni’s murder. Muni’s vendetta against the baddies occupies the rest of the film.

The storyline is thin, but the comic treatment makes this film stand out. The successful film Muni was followed by two more successful films, Kanchana Kanchana 2 and 3. According to their popularity, these films were also dubbed into Telugu.

Kovai Sarala and Raghava Lawrence’s comedy scenes together on screen are a delight to watch. In this film, Raghava Lawrence, the choreographer turned actor/director, has struck gold at the box office.

Pisaasu, directed by Mysskin of Psycho fame, is slow-paced and does not employ the usual tropes of other horror films, but that works to its advantage. To get answers to Pisaasu, you’ll have to watch the entire movie, and you won’t be disappointed. In the official synopsis for the film, “A man experiences paranormal activity at his house after the death of a girl he tried to save.”. He discovers that the spirit is actually trying to help him find the killer.

Vijay Sethupathi’s career was launched by Karthik Subbaraj’s first film, Pizza. In addition to Remya Nambeesan and Bobby Simha, the film has a healthy dose of twists and turns that will keep you interested. Michael, a pizza delivery boy, finds himself in a haunted house.

Ram Gopal Varma’s Bhoot is remade in Tamil as Shock. Shock, which stars Prashant and Meena as Vasanth and Malini, tells the story of two people who experience supernatural events after moving into a high-rise apartment. Upon its release, the film was a big hit.

These days, music composers often become actors in movies. G.V.Prakash Kumar, who has composed music for more than 50 films, made his acting debut in this remake of the Telugu hit Prema Katha Chitram. Sankranthi is an auspicious day for a movie release in south India, where numerous movies are released. Darling, which was released on the day of Sankranti, was up against two films with big budgets, Aambala and I.

Three depressed teenagers decide to commit suicide and go to a beach house to do it, not realizing that it is haunted by a ghost.

A popular dialogue by Rajni in Chandramukhi inspired Yaamirukka Bayamey. A conman gets into trouble with local goons for his misdeeds and moves to his ancestral bungalow at Kolliyur with his girlfriend.

The couple renovates the bungalow, hoping that it will solve all their financial issues. The renovation leads to haunted experiences which culminate in a horrifying and hilarious climax. As a result of its new flair for comedy, the comic sequences in the film were a huge hit.

The film Aval is one of the well made horror films where the logic is grounded and the believability factor is very close to reality, although it does take some cinematic liberties for a horror film. The film, starring Siddharth and Andreah, is technically slick and features properly placed horror elements that make it a compelling watch.

De-Monte colony in Chennai is one of the most haunted places in the city, named after its founder. De-Monte was a 19th-century Portuguese merchant who settled in the colony. His wife died from schizophrenia, and his son met an unnatural death at a very young age.

After that, people have refrained from living in the colony because of spooky events. History repeats itself. In the film, four friends visit the colony and are affected by the aftermath, which leads to a series of mysterious events in their lives. Post-release, people were interested to visit the colony in particular after the film’s release.

In Indian cinema, Shankar needs no introduction. Eeram marked the debut of music composer S.S. Thaman and director Arivazhagan from Shankar’s production house. ACP Vasudevan investigates the murder of Ramya, his ex-girlfriend, who happens to be the victim.Vasu pursues the investigation where people in her apartment accuse her of various things, including extramarital affairs. Ramya’s husband arrives and is declared innocent by the neighbors. Vasu witnessed many sudden, unnatural deaths during his tenure as an investigator.

Nayanthara has starred in several successful films without a prominent male star. Vidya Balan’s choice of films is similar to hers. “Lady Superstar”, Maaya was the film that catapulted her to stardom. This is one of the most extensively researched films in Kollywood.

Apsara, a single mother separated from her husband, enters a horror film competition in which one has to watch the film alone. As Apsara watches the film, she relates the moments in the film to her past, and what follows is the rest of the story.

Please accept my thanks for reading “Best horror film in tamil worth watching”, Sign up to receive the latest post by email