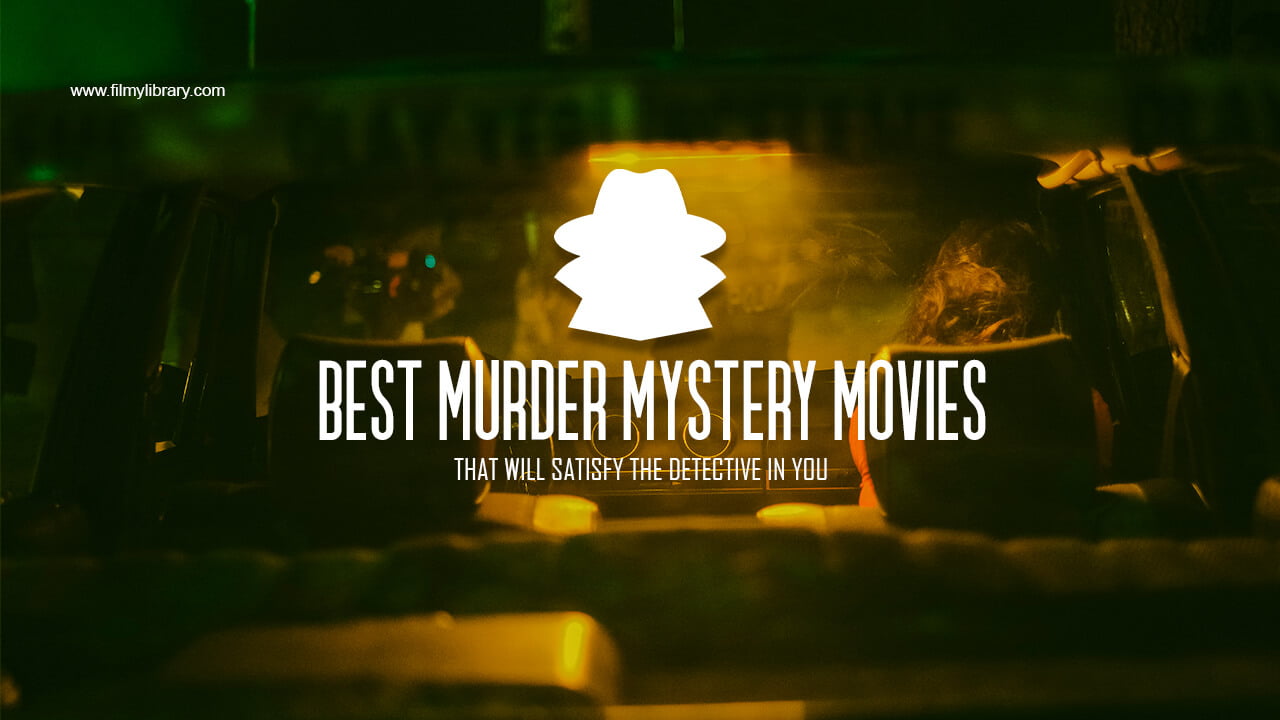 These movies recall different kinds of emotions, they can motive to solve mysteries on frustrate you at the same time. Murder Mystery Movies always storylines can be quite a challenge to follow, and they engaging the story each frame. however, some Detective films could be the plot twists, the nature of the investigation, or the personality of the characters involved.

Here are some of the Best Murder Mystery Movies, that will Satisfy The Detective In You,

Murder on the Orient Express

Based on Agatha Christie’s famous novel by the same name, A murder occurs on the train on which he’s traveling, celebrated detective Hercule Poirot is recruited to solve the case. The star-studded cast includes Johnny Depp, Kenneth Branagh, Daisy Ridley, Michelle Pfeiffer, Judi Dench, and many more.

The Invisible Guest is a 2016 Spanish mystery thriller film written and directed by Oriol Paulo. The film story is about A successful entrepreneur accused of murder and a witness preparation expert who has less than three hours to come up with an impregnable defense.

Nightcrawler is a psychological thriller film written and directed by Dan Gilroy. It stars Jake Gyllenhaal, Rene Russo, Riz Ahmed, Bill Paxton, Kevin Rahm, Michael Hyatt, Ann Cusack and is Directed by Dan Gilroy. The story plots were a con man desperate for work, muscles into the world of L.A. crime journalism, he blurs the line between observer and participant to become the star of his own story.

The story plots Detective Sherlock Holmes and his stalwart partner Watson engage in a battle of wits and brawn with a nemesis whose plot is a threat to all of England.

The story plots Two detectives, a rookie, and a veteran, to hunt a serial killer who uses the seven deadly sins as his motives.

The Girl with the Dragon Tattoo

Film Plot:- A Journalist Mikael Blomkvist is aided in his search for a woman who has been missing for forty years by Lisbeth Salander, a young computer hacker.

Plot: A detective investigates the death of a patriarch of an eccentric, combative family.

Plot: In 1954, a U.S. Marshal investigates the disappearance of a murderer who escaped from a hospital for the criminally insane.

Plot: When Keller Dover’s daughter and her friend go missing, he takes matters into his own hands as the police pursue multiple leads and the pressure mounts.

Plot: As corruption grows in 1950s Los Angeles, three policemen – one strait-laced, one brutal, and one sleazy – investigate a series of murders with their own brand of justice.

Plot: After his teenage daughter goes missing, a desperate father tries to find clues on her laptop.

Hear some good movie suggestions on filmylibrary.com, Thank you For reading our content.

Best Murder Mystery Movies, that will Satisfy The Detective In You