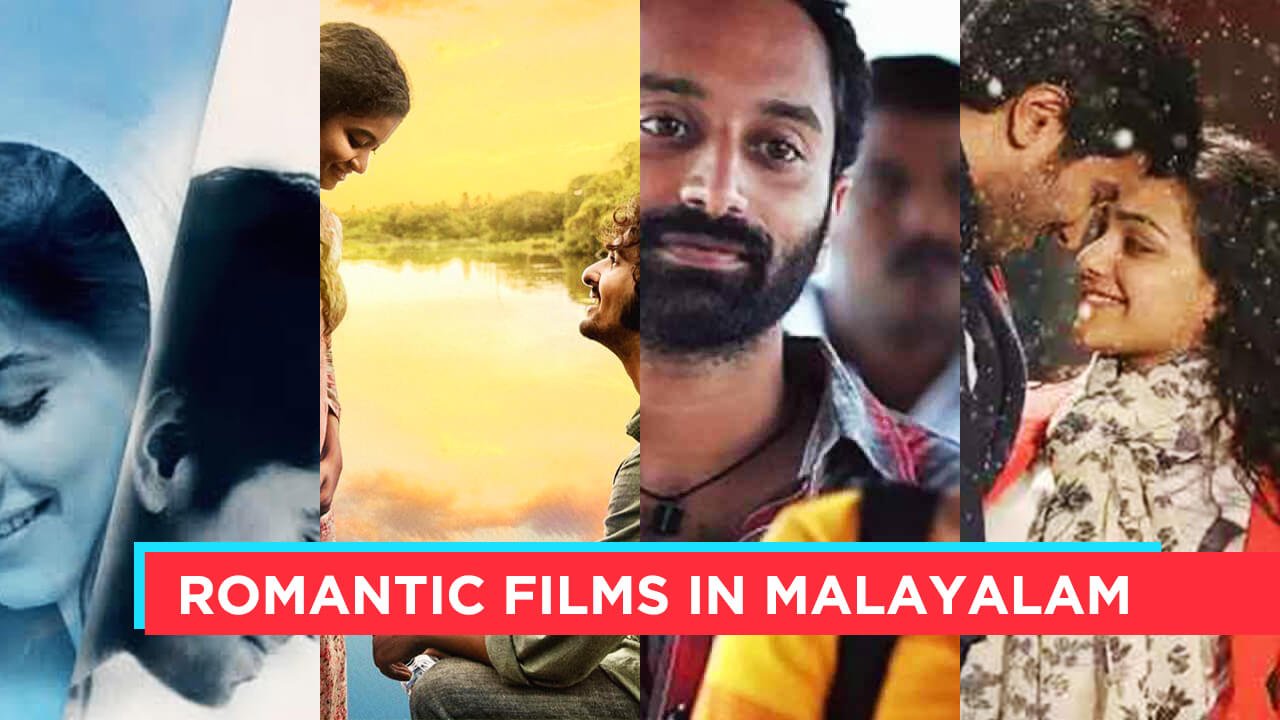 Malayalam cinema has undergone a lot of changes in terms of themes, narratives, styles, looks, and approaches in recent years. Those who enjoy watching Malayalam romantic movies, and who are on the lookout for good movies, should surely add these titles (Best romantic films in Malayalam) to their collection. In the Malayalam film industry, there have been a lot of romantic movies made with an emphasis on realism. In addition, he has produced many game-changing movies in the aforementioned genre.

There are a few Malayalam films that touch the emotions that lie dormant in the audience and transport them to another world of love and romance. The best way to find the perfect romantic film is to check out this updated list of romantic films in Malayalam.

Bharathan directed Devaraagam, a romantic film from 1996. The film stars Arvind Swamy and Sridevi. There are many twists in this romantic drama. Their chemistry on screen was incredible. There are reports that Revathy dubbed for Sridevi in the movie. MM Keeravani composed the film’s music and MD Rajendran wrote the lyrics.

Based on a true story set in the 1960s, R S Vimal’s Ennu Ninte Moideen tells the story of Moideen and Kanchanamala’s romance. Both of their families enjoyed close relationships despite being from two different castes. They developed their love through letters, and they had a unique way of writing to each other. Both families oppose their relationship, and they had to wait a long time to start a life together.

The 2019 movie directed by Madhu C. Narayanan is about four brothers living in a small house in Kumbalangi and their love and hate relationship. When Saji, Boney, and Franky help Bobby in his love, their relationship only gets stronger. Shane Nigam, Fahadh Faasil, Soubin Shahir, and Sreenath Bhasi star in the film.

Neeyum Njanum by A K Sajan is a romantic story with a few contemporary elements, packed with thrills and comedy. The story revolves around Hashmi (Anu Sithara) and Yakub (Sharaf U Dheen), their conventional love from roadside stalking to the protagonist’s sheer persistence resulting in a happy marriage. It is pleasant to watch the first half of the movie as a romantic musical, and in the second half, the mood changes.

Preman by Alphonse Puthren tells the story of George (Nivin Pauly) from his school days to the point of his marriage. Mary, a pre-university girl who is infatuated with George in high school, later refuses to be friends with him. George cries a lot in his youth. At college, George falls in love with a Tamilian lecturer named Malar. A few days after he contemplates marriage, Malar meets with an accident and loses memory of George.

The story revolves around the lives of students studying at higher secondary schools, their friendships, romances, and adventures. It is Jaison’s attempt to win Keerthy’s heart that makes the rest of the film. Ravi Sir axes Jaison’s works, and Jaison hates him the most. Matthew Thomas has done a superb job in portraying Jaison, and Vineeth’s performance as Ravi Sir was fascinating to watch. You’ll relive your school childhood memories as you watch the film.

Vinod and Aisha, separated by caste and religion but united by love, fall in love with each other in this simple, sweet, and marvelous tale. Unlike other intercaste love stories rife with disputes and frenzy, this one is light as a feather and leaves us smiling. It took the youngsters by a revolution when it was released, redefining the meaning of romantic movies. Nivin Pauly played the role of Vinod in this movie directed by Vineeth Srinivasan.

The film, written and directed by debutant Jenuse Mohamed, stars Dulquer Salmaan and Nithya Menen. Balan K. Nair, who goes by BKN, is a reporter at a famous daily in Bangalore. Balan feels out of sync after insulting his ex-girlfriend on Facebook in a drunken state. He is the “loser” of his family because his brother Rocky K. Nair is a successful doctor. He left home to become a columnist. Ummar, a foodie and a computer gamer, lives with him. Sheela and Balan meet in a taxi one day when they get in at the same time. Balan sees her and instantly falls in love with her. As the taxi drives away, Balan sees Sheela’s bag lying on the floor. An old camera found inside the bag contains pictures of places and people in Bangalore. Balan and Ummer use the images as clues to try to find Sheela.

Mini and Sudhi elope as their families oppose their relationship. Before getting married, they decide to convince their parents, but fate has other plans.

Annayum Rasoolum by Rajeev Ravi is a romantic Malayalam movie that portrays the romance between a taxi driver and a salesgirl against the backdrop of Kochi in a natural and raw way. Both characters represent the lower middle class, but it is the innocence of the character that makes the film different. During the story, the characters deal with day-to-day activities and later encounter hesitancies and insecurities about religion and society. In this movie, the love story is told with more expressions and fewer dialogues.

Please accept my thanks for reading “Best romantic films in Malayalam”, Sign up to receive the latest post by email