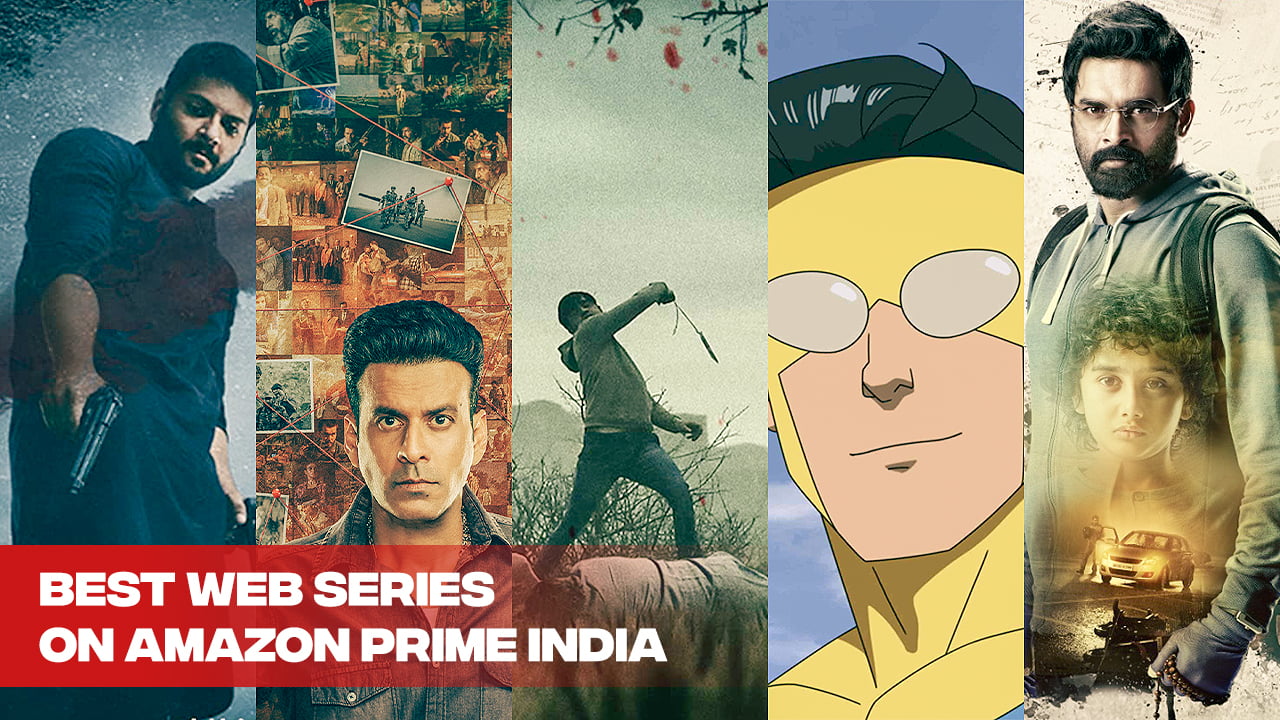 Best web series on amazon prime India: There are a wide variety of shows available on Amazon Prime Video, including thrillers, romantic comedies, sci-fi, or perhaps a mix of all genres. There has been a growing interest in series such as The Family Man, Paatal Lok, Panchayat, and Mirzapur because of their sharp twists laced with humor and incisive storytelling.

There are many great Amazon Prime Originals and their developing their fan base. There are some talented actors from our entertainment industry on these shows, and they’re not just entertaining; they’re also filled with high-voltage drama, progressive plotlines, and high-level drama. Listed below are some of the Best web series on amazon prime India that you can binge-watch on Amazon Prime Video if you have been wondering what to watch.

Breathe tells the story of love and desperation. In order to save his son, a father will go to any lengths, even murdering people. Breathe tells the story of Danny (R Madhavan), whose son Josh needs a transplant. Using unconventional methods, he devises a plan to ensure Josh’s name is at the top of the organ donor list. In spite of Danny’s best efforts, he finds himself the subject of a police investigation. Although Breathe isn’t in the same league as some of the shows on this list, Madhavan’s screen presence and fast-paced story make it worth watching.

Inside Edge is the story of the Mumbai Mavericks, a T20 cricket franchise playing in the Powerplay League. Set in a landscape of conflicting interests, where selfishness is almost a virtue, where sex, money, and power are mere means to an end, Inside Edge is a story that pulls no punches, minces no words, and takes no prisoners. Come witness the game behind the game.

This animated series revolves around 17-year-old Mark Grayson, who’s just like every other teenager – except that his father, Omni-Man, is the world’s most powerful superhero. His father’s legacy may not be as heroic as it appears as Mark develops his own powers.

Tara (Sobhita Dhulipala) and Karan (Arjun Mathur) are wedding planners who navigate Delhi’s moneyed society to score major accounts for their wedding planning agency. A typical wealthy Delhi family’s minutiae and relationships are brilliantly captured in the show. Besides the professional challenges the central characters face, one also learns more about their personal struggles. As well as being a clever commentary on classism and narrow-mindedness in modern Indian society, the Indian original series makes a point about how prevalent they are.

Amazon Prime’s web series is one of the most popular. Mirzapur has become a cult favorite for many, and many are eagerly anticipating its second season. This film is rated 18+ for its language and screenplay and is based in a small town in Uttar Pradesh.

A down-and-out cop lands the case of a lifetime when four suspects are nabbed in the assassination attempt of a prime-time journalist. The case turns out to be a devious maze where nothing is what it looks like. The pursuit of it leads him to the dark netherworld – the ‘Paatal Lok’, and to shocking discoveries in the past of the four suspects.

Panchayat is a comedy-drama, which captures the journey of an engineering graduate Abhishek, who for lack of a better job option joins as secretary of a panchayat office in a remote village of Uttar Pradesh.

In a world where superheroes embrace the darker side of their massive celebrity and fame, THE BOYS centers on a group of vigilantes known informally as “The Boys,” who set out to take down corrupt superheroes with no more than their blue-collar grit and a willingness to fight dirty.

There are two seasons left of this Amazon Prime Video original series. Manoj Bajpayee plays Srikant Tiwari, an intelligence officer trying to juggle his family life with national security crises. Tiwari races against time to stop terrorist attacks in both seasons of the show. The performances, writing, and overall execution of this show make it a must-see for Hindi-language thriller fans.

When CIA analyst Jack Ryan stumbles upon a suspicious series of bank transfers his search for answers pulls him from the safety of his desk job and catapults him into a deadly game of cat and mouse throughout Europe and the Middle East, with a rising terrorist figurehead preparing for a massive attack against the US and her allies.