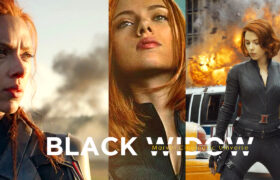 Black widow Marvel Cinematic Universe: After Captain America: Civil War, the plot sees Natasha Romanoff (Johansson) returning to the former Soviet Bloc to deal with some unresolved issues and face her spy “family” – although it is still possible the film may all be a phantasm of sorts as Nat’s soul rests on Vormir. What we do know is that, according to

Shortland, the film will serve as a passing of the baton from Natasha to Yelena, and a “last hurrah” for Johansson, who will leave the MCU after the project.

On March 17, Disney announced it was postponing the release of the film due to the coronavirus outbreak and subsequently announced on April 3 a new release date of November 6, 2020. On September 23, Disney again moved the film to May 7, 2021 – a full year from its original release date – before pushing it back again to July 9, 2021. It will be available on Disney+ via Premier Access on the day it is released in theaters Black widow Marvel Cinematic Universe.