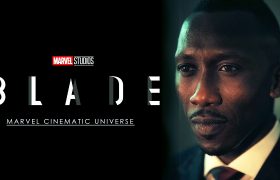 Blade Marvel Cinematic Universe: Mahershala Ali will step into the shoes of Wesley Snipes/ Blade for this reboot that brings the character into the MCU. The daywalker will appear in his own film sometime during Phase 5, but specific details about the project will likely come to light soon. As the film’s title card was not featured in the May 2021 preview video, we’re going to assume the project is now slated for one of the later 2023 release slots.