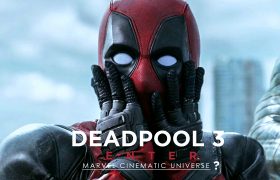 Deadpool 3 Marvel Cinematic Universe: Bob’s Burgers writers Lizzie Molyneux-Logelin and Wendy Molyneux are scripting the third film in the funny X-related franchise, any number of things could happen. But we think the film will serve as the introduction of the X-Men in a roundabout way.Ryan Reynolds’ Wade Wilson/ Deadpool is the only mutant to cross over from the now-defunct X-Men universe, with Marvel turning the rest to dust after Disney’s acquisition of Fox. And possibly for good reason while X-Men died a slow death at the box office, the Deadpool series turned out to be the most successful entries of the lot.