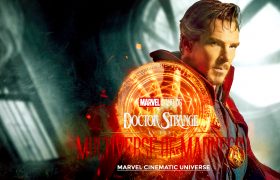 Doctor Strange in the Multiverse of Madness – Marvel Cinematic Universe: Scott Derrickson finally signed on to return in December of 2018, but his involvement with the film ended in early January of 2019 when he departed the production, citing “creative differences.” Benedict Cumberbatch returns as the Sorcerer Supreme with Elizabeth Olsen joining him as the Scarlet Witch in what Derrickson originally called “the first scary MCU movie” though some believe Marvel’s unease with that mission statement led to his departure. Raimi’s bona fides as a horror director suggest the film may still have some scares, but the script is being reworked by Loki head writer Michael Waldron and may yet conform to the Marvel house style.

Doctor Strange in the Multiverse of Madness

Doctor Strange in the Multiverse of Madness As teased at the end of the first film Also returning Wong as Strange’s friend Wong and Rachel McAdams as Strange’s love interest Christine Palmer. Joining them is Xochitl Gomez as America Chavez — she would be the second LGBTQ superhero in the MCU — which further lends credence to the fact that Marvel Studios is building up Young Avengers. The film, which is still a ways from beginning production, is now set for release in March 2022 following multiple changes to Marvel Studios’ schedule.

Doctor Strange in the Multiverse of Madness – Marvel Cinematic Universe