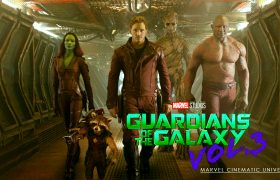 Guardians of the Galaxy Vol 3

It is possible he will finally do something in the MCU besides sit in an egg. Also, before Gunn’s temporary departure, he referred to the film as a conclusion to the story he began telling in the first installment, so it is possible the film will have an Endgame-like resolution. Chris Pratt, Zoe Saldana, Dave Bautista, Vin Diesel, Bradley Cooper, Karen Gillan, Pom Klementieff, and Sean Gunn are expected to return. But fell away as both movies were stuffed into the air ducts with characters. (We will see many of them in Thor: Love and Thunder as well, and The Guardians of the Galaxy Holiday Special.)