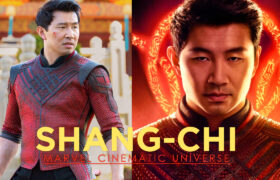 SHANG-CHI AND THE LEGEND OF THE TEN RINGS – Marvel Cinematic Universe: Shang-Chi was the son of legendary literary villain Fu Manchu. Learning the truth about his dad’s business, he used his martial arts prowess against his father and any other Marvel baddie ready to battle with his mighty hands. As Disney began to consider shutting down active productions, Cretton took a Coronavirus test and self-isolated himself on March 12 of 2020.

While the second-unit shooting continued. His test results came back negative, but production completely shut down the next day. In early April, the film’s release was pushed back to May 2021 to accommodate the halted production and the other changes to the release schedule. In September, the film shifted again from the May 7, 2021 release date to July 9, 2021; then, when Black Widow took that release date, SHANG-CHI AND THE LEGEND OF THE TEN RINGS – Marvel Cinematic Universe was pushed again to September 3, 2021.