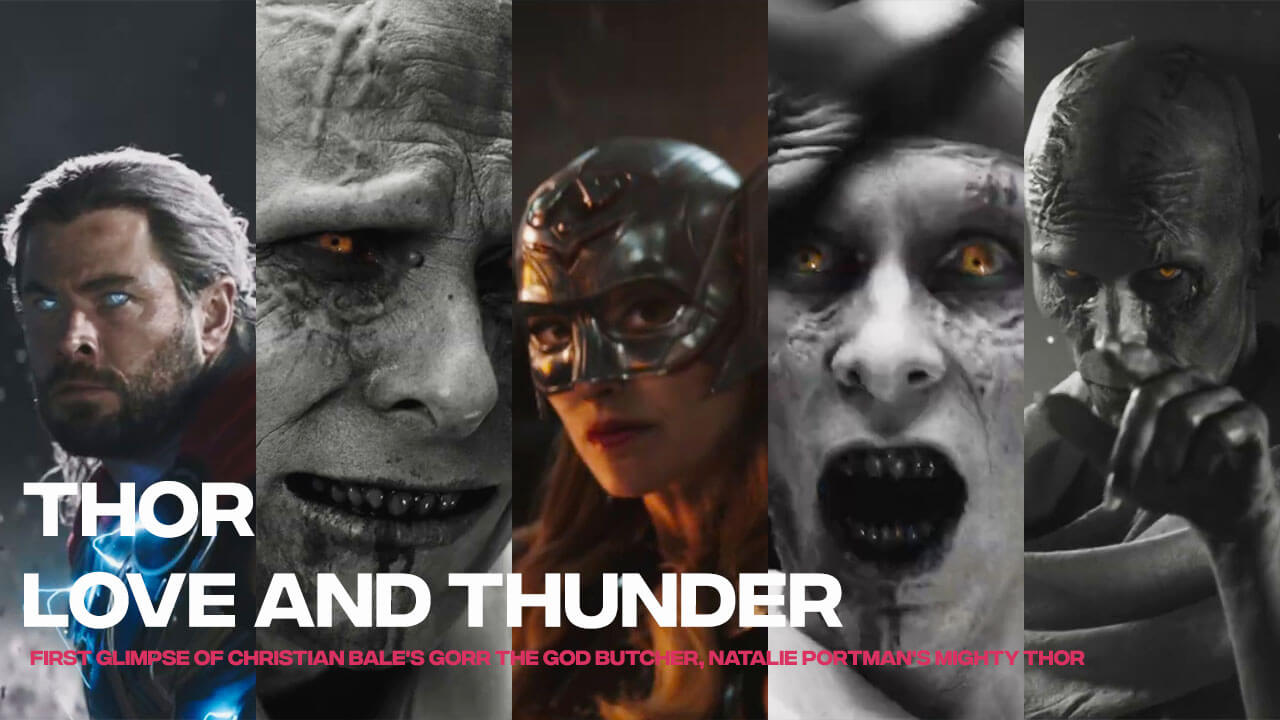 In the second Thor Love And Thunder Trailer, the first glimpse of Christian Bale’s Gorr the God Butcher, Natalie Portman‘s Mighty Thor, and Russell Crowe’s Zeus is revealed. The trailer had plenty to offer fans, from first looks to comic book accurate scenes to new costumes and the menacing new villain. We’ll have to see how Portman handles Jane’s comics journey to superhero status, but she certainly nails being a powerful warrior.

The scene in which Russell Crowe’s Zeus accidentally strips Thor of his clothes, causing many to faint, is one of the funniest of the promo.

‘Thor: Ragnarok’ is the sequel to 2017’s ‘Thor: Ragnarok and marks Thor’s return to the Marvel Cinematic Universe after ‘Avengers: Endgame in 2019. As well as Tessa Thompson as Valkyrie, Chris Pratt as Star-Lord, Waititi as Korg, and Natalie Portman as Jane Foster, the film sees Thor attempting to find inner peace, only to be hindered by Gorr’s killing spree.

Christian Bale finally crosses over into the Marvel Cinematic Universe as Gorr the God Butcher. It will be interesting to see if the film gives the character’s tragic backstory. Gorr was born on a distant planet and taught to worship the Gods. When he is left to watch helplessly as his wife and children die of starvation and disease, he concludes that “all God cares about is itself.”

Thor: Love and Thunder may set up the MCU’s next biggest villain, one that could even surpass Thanos. In the comics, he even captures Thor and keeps him as a slave.

introducing Thor as a space Viking, the trailer begins with Taika Waititi’s Korg explaining that Thor was more than an ordinary man; he was a God who saved Earth repeatedly. Thor then returns to earth when Asgard is attacked.

In the trailer, Thor and Mighty Thor/Jane Foster interact for the first time. Jane’s Valkyrie is also seen traveling through space with Tessa Thompson’s Valkyrie as they interact across the universe. Thor quickly responds that it has been eight years, seven months, and six days since they last saw each other.

Jane and Tessa Thompson’s buddy comedy, Valkyrie, seems like a fun dynamic, especially given the former’s history with Odinson. The film’s (Thor Love And Thunder) release date has been set for July 8, 2022.